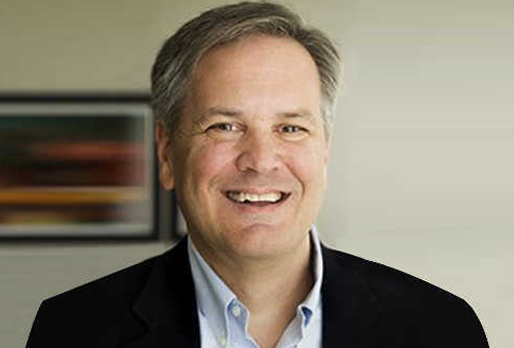 One of the most fascinating things about intelligent automation is the speed which the technology is growing and the extent to which it is evolving. Organisations who used intelligent automation tools only a few years ago and would, at the time, have been considered leaders in the space would be laggards by today’s standards. Put simply: the challenges and opportunities created by new data streams, low-code technologies, and ever-expanding openings for providing best-in-class customer engagement mean that when it comes to intelligent automation, there’s no room to stand still.

What makes you a leader today could leave you lagging behind tomorrow, so it’s important to ensure that you don’t take your eye off the ball.

But what makes for a successful intelligent automation deployment in today’s terms? Clearly, every implementation will have its own challenges, but it’s important to understand the role stakeholder engagement can play in achieving this.

Every week, get an overview of the day’s biggest news from the Telecom and OTT space.

It is no secret that projects which have executive sponsorship stand a better chance of success. However what’s perhaps less well known is the value of having the support of perhaps your biggest group of stakeholders - the entire C-suit - as opposed to just one member of the executive team.

A recent Pega study found that the vast majority (81%) of intelligent automation deployments today are led by only one individual at C-level and that these projects may not be reaching their full potential. In fact, the 18% of respondents that reported across-the-board C-suite buy-in of such projects demonstrated greater collaboration between the business and technical sides of their enterprise, stronger governance, more cross-department strategies, and more platforms on which to build out new applications.

It also found that businesses running projects with the full support of the C-suite also tend to view low-code and intelligent automation as a means to digital transformation, with 72% of these organisations running low-code projects that are either considered ‘intelligent’ or ‘mature’. This compares to just 51% of companies whose projects are only CTO-driven and 48% of businesses with only CEO-led projects and whose projects are at a minimum considered ‘integrated’.

Develop as many champions as possible

However, if you think that securing support from the top is enough, then you’d be mistaken. The goal of any intelligent automation project has to be to make the technology work outside of siloes. For example, if only a narrow section of the organisation is able to use an application that’s been developed using low-code technology, then only that narrow selection will feel the benefit. Instead, businesses must ensure a democratic approach to these tools and ensure they work for everyone. Our research demonstrated the importance of engaging champions in both IT and multidisciplinary business units for true transformation across the business. These people will be the stakeholders who ultimately determine whether your projects are seen as an organizational success or failure, and their importance shouldn’t be underestimated.

Just over half (53%) of respondents who had both the support of the entire executive suite and active participation by all key decision-makers in IT and business operations in their intelligent automation projects, reported full collaboration in application building across all business functions, resulting in applications that work with everyone in mind – not just one siloed department. By contrast, barely one quarter of respondents with a single C-suite intelligent automation champion report the same level of business-wide collaboration in the creation of low-code applications.

It stands to reason that when implementing any project, governance can be the difference between success and failure. Our study found that just 30% of respondents said they work with stakeholders to establish a formal governance structure for all their intelligent automation projects to help minimize risk of inconsistencies and maximize business outcomes. Let’s examine that a little more closely; although some informal governance structures are in place, and some apply formal structures to some, but not others, 70% do not run intelligent automation projects with any formal oversight in place. That’s a large figure.

What it tells us is that not only are businesses not setting these projects up to give them the best chance of success, but they are also not treating them equally. Where some projects have formal governance structures in place, and others don’t, it means that some areas of the business are prioritised while others may be lacking visibility altogether. This means the full breadth of the organisation may not be experiencing the benefits of these tools, or worse, could be running rampant with their own, contributing to shadow-IT.

It also once more underlines the importance of getting executive buy-in from the entire leadership team; almost half (49%) of projects that are driven by the entire C-suite reported as more likely to have formal governance structures in place to ensure the health and success of all projects, compared to 26% with CEO-driven projects, and just 24% with CTO-led projects.

Ultimately, as with all technology deployments, the most important aspect of implementing an intelligent automation project is to keep things simple. The project and its operational workings are important, but it’s easy to underestimate the critical role stakeholders – which is to say, those at executive level, those using the technology across the business and those applying governance and oversight – can play in achieving a successful outcome. Think of these stakeholders as handrails to help guide you on the first steps up a particularly steep set of stairs. Once you get more and more accustomed to climbing the staircase, the less you’ll rely on the handrails, though you’ll always have the comfort of knowing they are there if you need them.